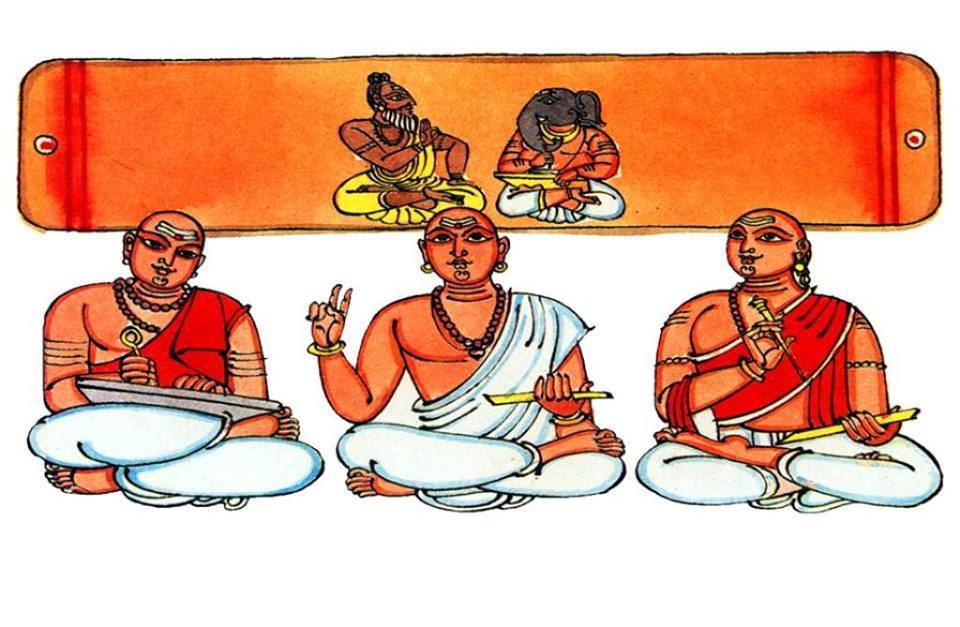 The Andhra Mahabharatam by the Kavitriyam and the Andhra Mahabhagavatam by Mahakavi Potana, are the two major works forming the cornerstones of the cultural legacy of the Telugu speaking people. They are as significant to the Telugu culture as is the Ramacharitamanas in the plains of the Ganga.

The two are close though not exact adaptations of their Sanskrit sources produced by Maharishi Veda Vyasa. Such is the case with adaptations to the Sanskrit texts in the rest of the languages of Bharat.

It is definitely true that Telugu literature precedes these great works by several centuries. Such magnificient works would not have spontaneously appeared from the void. But very little content survives from previous eras.

Kavijanashrayam is an older text, a study of Chandas in the Telugu language. A work by Malliya Rechana, about whom nothing else is known. It is the oldest discovered scholarly text in the Telugu language. This excellent text, dating from the 9th century CE, establishes the antiquity of Telugu definitely early into the first millenium CE, possibly earlier. But naturally a text on prosody will not be so widely know or celebrated as the Mahabharata and the Bhagavatam.

These two works are widely regarded as the foundational basis of the modern Telugu identity.

There is some learned commentary of the distinction between the language of the Andhras and Telugu. That is a different topic. But it may be asserted without controversy that the two have been identical atleast since the date of the Shatavahana empire centered in the modern day Andhra – Telangana regions since around the 2nd Century BCE.

Kavi Triyam – The poets of the Andhra Mahabharata

The Andhra Mahabharata was the earlier of these two great works. And it was produced by three great poets. In three eras.