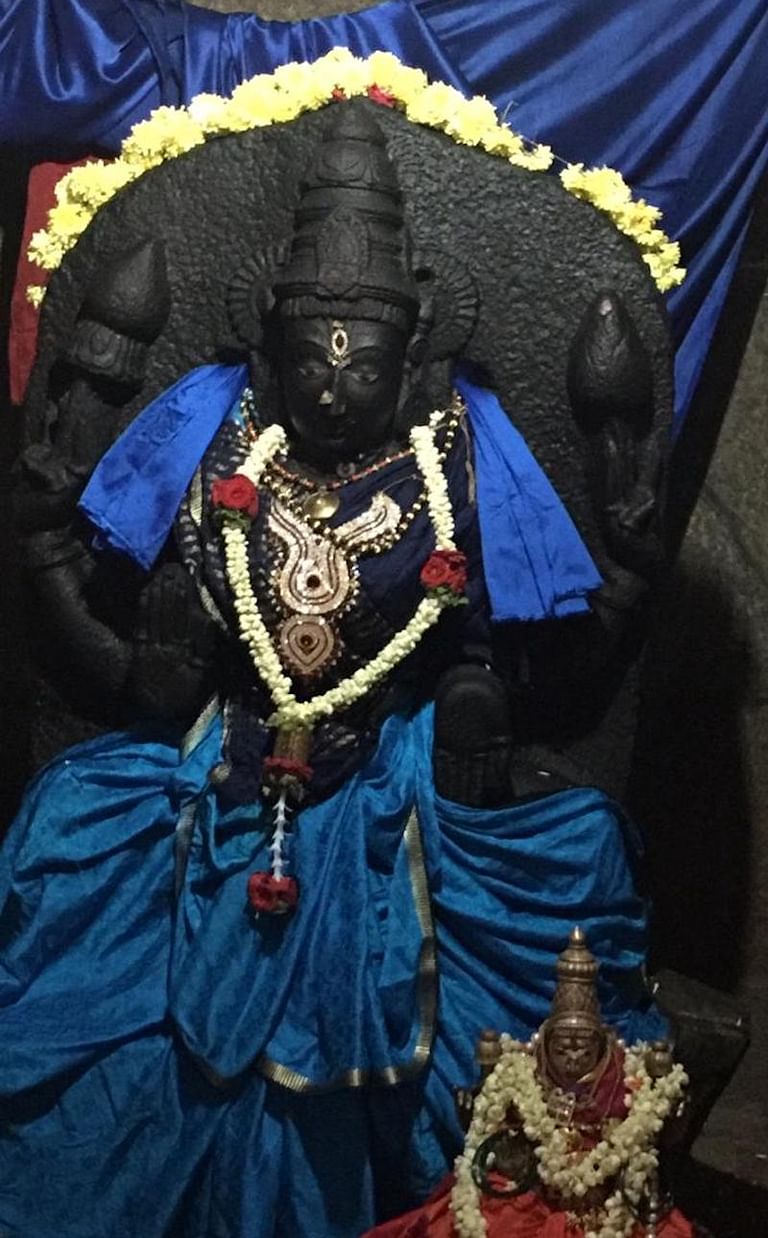 Source: Dharmadispatch
The first part of a series exploring the forgotten grand heritage of Ummatturu Temples. For centuries, Ummatturu was a preeminent Sanatana cultural hub crisscrossing Karnataka and Tamil Nadu.

Temples are much more than mere ‘religious places’ for Hindus. They represent everything that is truthful, noble, divine, creative, beautiful and celebrative in our life here and beyond. Before Abrahamic onslaughts sliced hundreds of Hindu, Jain and Buddhist temple structures across India, temples were the nucleus of Indian life. They were the cradles of prosperity, art, architecture, spirituality and historic glory. Even during and after the brutal foreign rule of centuries, many temples, particularly down in south India, continued this rich legacy. Many temples, time and again reconstructed their lost glory braving all odds before and after independence. Almost all the ancient temples, large or small, are standing epitomes of regional traditions, festival, trade, arts and local history.

One such noteworthy but forgotten temple in Karnataka is the Sri Bhujangeshwara temple at Ummatturu Village. Ummatturu is of great historical importance not only for its association with the celebrated king Sri Krishnadevaraya of Vijayanagara empire, but for the rich temple traditions that it has cradled for centuries.

Ummatturu is located in the Chamarajanagar district, 28 kilometres from Chamarajanagar taluk and about 53 kilometres from the historical city of Mysuru. It lies at a distance of 14 km from the popular Yelanduru town on the Nanjangudu-Kollegala road. At the heart of Yelanduru stands the beautiful Gourishwara temple, renowned for its exquisitely carved mukhamandapam. Locals call it the bale–devalaya (Bale= bangle). The four top corners of the beautiful spacious mukhamandapa carry a dangling chain of rings(bale) all carved out of a single stone. They sway gracefully even to the slightest breeze. These stone chains are not just beautiful but indeed a standing example that demonstrates a high degree of proficiency in Hindu sculpture.

The Story of Sthambheshwara: May the Feet of the Temple’s Protector be on my Head

One of the meanings of the Kannada word Umma’ is ‘gold’. ‘Ummatturu’ deciphered as ‘Umma-hotta-uru’ literally means ‘a city that carries gold’. Gold is a metaphorical reference to the fertile soil here. The local people explain how the region unusually possesses five fertile soil varieties, which with minimal water, can yield prosperous crops of different kids. For centuries, the excellent rock material from the nearby KondikalluBasavanaBetta (hillock) has been a perennial resource for the building of temples, houses and roads in Ummatturu. The villagers describe with pride how the high-quality clay soil of the village that was laid under the prominent village roads centuries ago still remains intact with hardly any cracks.

A local hero named Hanumappa Odeya set up the first ever Samsthana at Ummatturu. The prosperity of the village attracted the Ganga rulers and later, the Vijayanagara emperors. For centuries, Ummatturu held its preeminent position as a prominent political, cultural and commercial centre. Power and prosperity enabled the Ummatturu lords to extend their territories beyond the Chamarajanagara district up to Karmade near Coimbatore and for some time, to Kerala as well. The Ummatturu Samsthana grew so strong that Gangarasa, the chieftain aspired to claim independence from the Vijayanagara Empire and even began to issue his own currency coins.

That was when Sri Krishnadevaraya rushed to subdue him and reaffirm his control over Ummatturu. The vast regions that were under the sway of Ummatturu were easily wrested by Vijayanagar. These were the initial years of Krishnadevaraya’s rule and Ummatturu was the first war he won. It naturally became his prized possession.

Sri Krishnadevaraya’s grand digvijaya–yatra (campaign of conquest) of sixteen long years began with Ummatturu. It is believed that he invoked the blessings of the Bhujangeshwara and Ranganatha Deities for this campaign blitzkrieg. Here onwards, Sri Krishnadevaraya went on to win all the fifty-two battles over these sixteen years before triumphantly returning to Hampi. Some stone inscriptions at Ummatturu mention the generous land grants to these two temples by the Vijayanagar kings and other chieftains.

Under the generous patronage of the Ganga and Vijayanagar rulers, Ummatturu blossomed into a prominent cultural hub. It comprises numerous temples of varying sizes some of which date back to even the tenth century CE. To this day, many of the centuries’-old temple utsavas, folk arts, pottery and trade continue in an unbroken fashion at Ummatturu. Despite negligence by the temple authorities, several utsavas have managed to survive with the selfless contributions of the local people. The villagers have been celebrating all the major Hindu and Jaina festivals with fervour. Apart from these, Ummatturu temples are very popular in the region for some of their annual celebrations.

The bandi–katto–utsava (literally, festival of assembling carts) during Sankranti festival in January is the most spectacular of all. Nine bandis (circular wooden carts, each carrying one of the nine deities of the village), swirl and sway as they proceed in a grand procession on the streets of Ummatturu on the Sankranti evening. The local folk artists dance and sing and play musical instruments all the way. Veerabhadra Swami’s bandi leads the way, and the last to follow is Sri Bhujangeshwara’s bandi. Hundreds of families in and around Ummatturu revere these deites as their kula–devataas and offer services during these utsavas. However, caste divisions instigated by political interventions have unfortunately led to a discontinuation of this grand old bandi-katto-utsava in the last six years, say the villagers in dismay.

Sculpture of Nandi in the Bhujangeshwara Temple Complex

The Shivaratri festival in the Bhujangeshwara Temple is marked by jagarana (keeping awake), puja of four jamas (four quarters of the night) and bhajans all night. Lack of funding has led to the discontinuation of the spectacular cultural events that once used to resound in this vast temple premises during Shivaratri.

Yugadi is another prominent celebration at the Ummatturu Bhujangeshwara Temple. Apart from the special pujas all day, the evening panchanga–shravana attracts crowds. Pandits belonging to the Jaina community are entitled by royal hakku–patra (ancient document with royal signature and seal acknowledging the rights of the family) to read out the Panchanga during Yugadi festival.

Modala–mangalavara (First Tuesday of every month) is extremely auspicious at Ummatturu. Devotees from various villages here and from Tamil Nadu in particular, gather in big numbers. As part of this festival, they offer madilakki (an offering of rice grains, jiggery, fruits, flowers, turmeric, kumkum and dakshina bundled up in a blouse piece or saree) to the graamadevataa (Devata of the Village), Urukateshwari Devi. Hundreds of families living in the region between Ummatturu and Karmade near Coimbatore regard Goddess Urukateshwari and any one of the male deities of this village are their Jodi–kula–devataas (twin family deities). Their ancestors are said to have lived in Ummatturu generations ago and migrated during the course of time. Bhujangeshwara is the kuladevataa for most such families and therefore the temple is abuzz with devotees on this day every month.

Halarive (offering of milk) is another annual event at Urukateshwari Temple. People of all communities offer some or other free seva on this occasion. The kumbaras (potters) prepare and carry an unbaked pot of milk and fruits with a rice-flour-lamp on the top, in a grand procession to the temple even as folk artists from the uppara community sing and dance all along the way. The Lingayats carry tree trunks to the venue and build the ratha (chariot) for the goddess on the spot. Harijans have the exclusive honour of performing the ‘ere’ seva (showering the goddess with flowers and auspicious material). People of other communities offer their services including monetary contributions, cleaning, decorating, serving food, sponsoring the puja expenses, and so on. The villagers claim with justifiable pride that no one, not even the poorest people, charge a single paisa for any seva offered during this occasion. 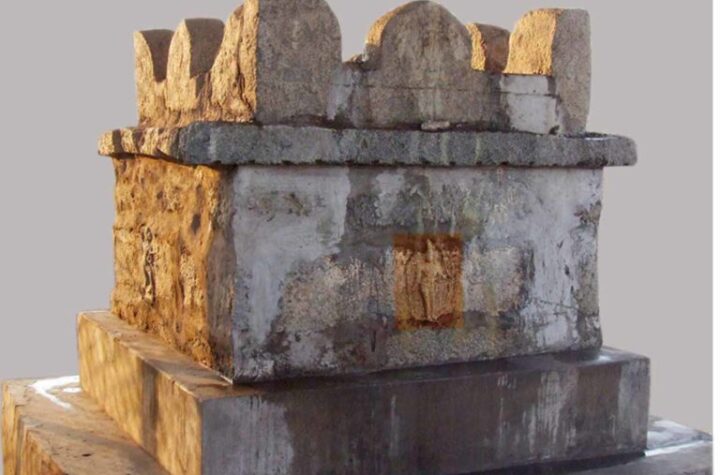