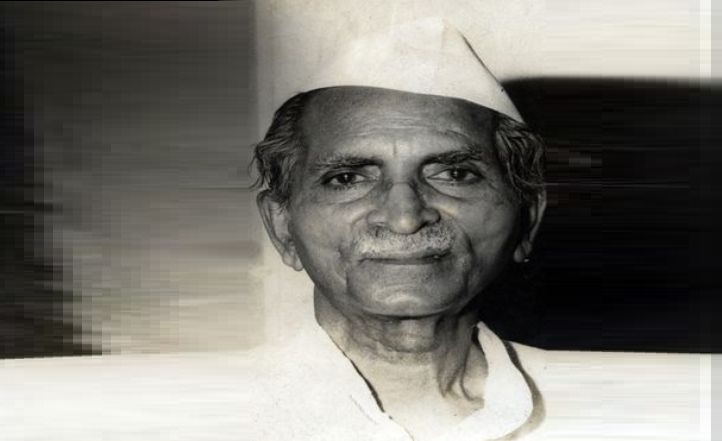 Professor N. G. Ranga was one of those few prominent leaders of India who in the Gandhian era of Indian freedom movement [1917-47] and many decades after the independence of the country from the British Colonial Rule could well understood the basic problems of peasants of India. He was a real and top-ranking farmer leader of South India. For over 60 years, Prof. N.G. Ranga was the soul of Indian Agriculture. Among the political leaders of the pre-independence era, he was the foremost in fighting for farmers’ rights. Like Gandhiji, he was of the firm conviction that India’s destiny is in rural upliftment and that if Indian Agriculture goes wrong nothing else will have a chance to go right. He also believed that the scientific transformation of Indian agriculture is a must, if the economic well being of small farm families is to be improved. Above all, he was a strong advocate of according a high priority to building a sustainable food security system for the country,

Nayukulu Gogineni Ranga, popularly known all over India as N. G. Ranga, was born on November 7, 1909 in a peasant family of Nidubrolu village in Guntur district of Andhra Pradesh. After completing his primary level education from a school in his native village Ranga obtained a graduate degree from the Andhra Christian College of Guntur. He was keen to pursue higher studies. He was particularly curious to study rural India and problems and difficulties of farmers who constituted the vast majority of the nation. Therefore, he decided to continue his study; he went to England for the purpose and in 1926 Ranga earned the degree of B. Litt. in economics from the Oxford University.

Having the degree in hand Ranga immediately rushed back to India and in the same year in 1926 he was appointed as a professor of economics at the Pachaiyappa College of Madras. Those were the days when Mahatma Gandhi was busy preparing a ground for the civil disobedience to be offered by the compatriots. He was travelling from west to east and from north to south. With the news of Gandhi’s visit in the city of Madras people were full of enthusiasm. They were busy in preparations to accord him a grand welcome. N. G. Ranga was also keen to see him. He successfully met him and became so impressed that he jumped with heart and soul in the non-violent battle of Civil Disobedience Movement in 1930.

In the course of this very battle related to civil disobedience N. G. Ranga led the historical Ryot Agitation of Andhra in 1933. He continuously organized farmers of the region and besides associating himself to the Individual Satyagraha [1940] and Quit India Movement [1942], played a decisive role in connecting so many peasants with national liberation movement.

Representing India several times in the Asian Congress for World Government and the Commonwealth Parliamentary Conference he exclusively raised issues related to rights and progress of peasants.

Professor Ranga was a watchful and astute parliamentarian. His was a long parliamentary life. For the first time in 1930 he was elected to the Central Legislative Assembly and till the day of his passing away on June 9, 1995 he was a member of Lok Sabha. Probably, it was he who served for the longest period of fifty years in the Central Legislative Assembly and the Parliament. Besides raising issues related to land-reforms, revenue and irrigation, he made suggestions from time-to-time by drawing the attention of the Government towards the implementation of policies concerned.

In recognition to unique and long-memorable services rendered by Professor N. G. Ranga, Government of India conferred on him the Padma Vibhushan-the second highest civilian honour in 1991, Moreover, the Indian Council of Agricultural Research started The N. G. Ranga Farmer Award for Diversified Agriculture, and the post and telegraph department released a commemorative stamp on him in the year 2001. The Government of Andhra Pradesh also renamed the Agriculture University of Guntur after his name.

Though offered a Ministership in the centre of Chief Ministership of his state in the early days, he declined these, following Gandhian Philosophy that “a man who wants to be good and do good in all circumstances must not hold power”.