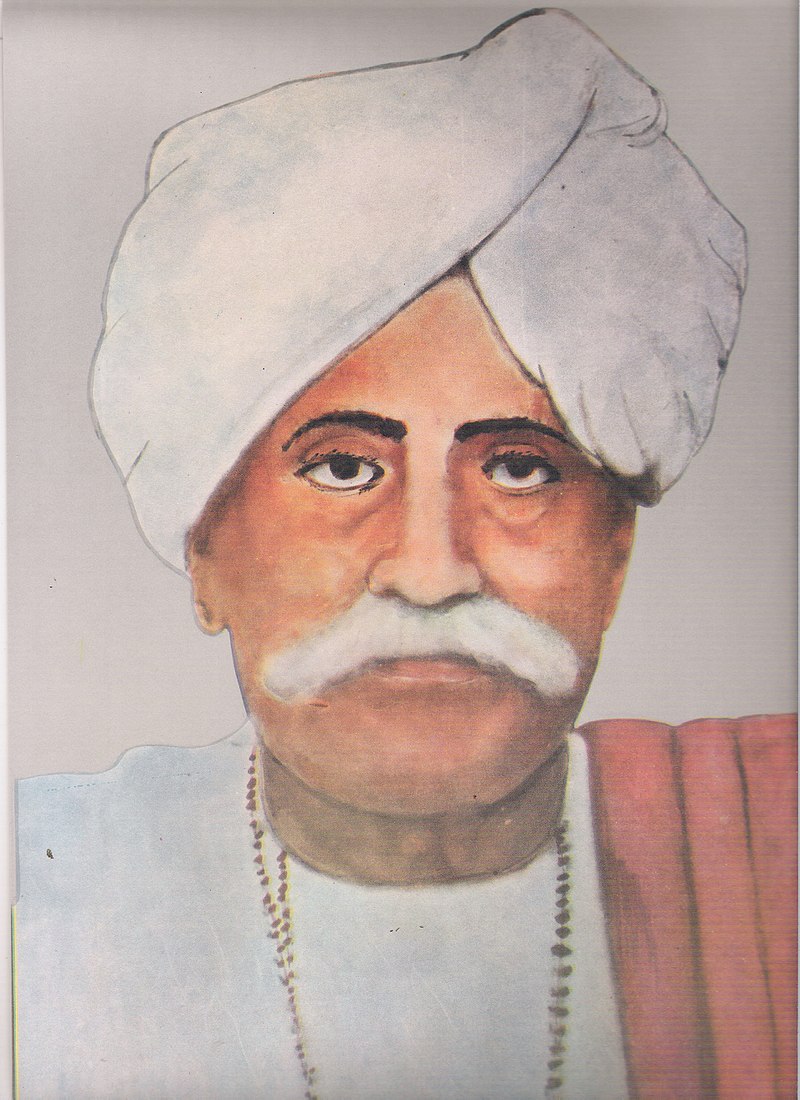 It is well nigh impossible to find a parallel for him in the history of Indian literature. Pandit Adajjada Adibhatla Narayana Das (1864-1945) was the only scholar who had mastery over four classical languages (Samskrit, Telugu, Arabic and Persian) and translated from Persian and English into Samskrit and Telugu; the only litterateur who wrote a comparative treatise on the works of Kalidas and Shakespeare; the only writer-composer who translated into Telugu and set to music Rig Vedic hymns and the only writer-composer who composed a geeta-malika comprising 90 Carnatic ragas. As a writer-composer who composed music in all the 72 Carnatic ragas he was next only to Thyagaraja.

For Adibhatla, the art was a yoga sadhana for achieving Sakala Kalaa Samanvaya Siddhi. Endowed with a flair for all classical art forms and, of course, the divine grace, he put them ingeniously into practice and his upasana fructified. No wonder, Kavisamrat Viswanatha, Challapalle and the like went ecstatic, eulogising him as an exquisite encapsulation of all that is resplendent in fine arts.

A lodestar in the galaxy of pauraniks, pravachana sikhamanis, philomaths, poets and musicians, Adibhatla was born on August 31, 1864, in Ajjadagraharam, near Bobbili. Even at the tender age of five, he could repeat both the musical and the lyrical phraseology of whatever he had listened, without any blemish. The asthana vainika of Bobbili, Sriman Vasa Sambayya, initiated the boy into vocal music and veena. Niraghatam Krishnayya of the Vizianagaram Samsthanam honed Adibhatla’s skills.

As if Providence willed it, in 1883 Adibhatla happened to listen to the Dhruvacharitra Harikatha rendered by Kuppuswamy Naidu from Madras which had received all-round applause. That was the turning point for the youngman who felt that the art could be moulded as the best medium for exhibiting his talent in literature, oratory, music and histrionics, including dance. Overnight, he scripted a ballet on the same subject and musically rendered it extempore in harikatha form at Sri Venugopala Swami temple in Vizianagaram the next evening, much to the delight of the learned and the laity. Kuppuswamy Naidu, who later happened to witness Adibhatla’s non-stop 10-hour Harikatha by chance, rightly called it ”Harikathaganam”, as the exercise was the quintessence of the saying, “Geetham Vadyam Tathapi Nrityancha Sangithamutchyate”.

By the time Adibhatla was studying his FA (now intermediate) in 1886-89, he had become a Haridas par excellence and a linguist with an amazing penmanship in Telugu and Sanskrit besides proficiency in English, Hindi, Urdu, Greek, Persian and Arabic. In the Harikatha Narayana Das created, he fused several art forms into one. These include kathaprvachanam (story narration), aasukavitwam (composing poetry extempore), rendering classical music, dancing and acting. The musical part has the usual instrumental accompaniments like mridangam and violin but the Haridas has to perform all the five components. He created history by singing pallavis instantly. Simultaneously, he mastered the art of marking the time of all the five gathis, each with his hands, feet and shoulder or head separately while singing a lyric set in a particular raga in any of the seven basic talas. He was the first to have accomplished this feat in public with his own composition of a 16-letter pallavi set in a string of 15 ragas at M.R. College of Music in 1933, attracting accolades from the press.

Adibhatla extensively travelled to give performances and won encomiums from all-time greats like Lokamanya Tilak and Gurudev Tagore, besides Maharajas and stalwarts of all classical styles of music and dance. A prolific writer, he composed 20-odd harikathas which got him the exalted status of a vaggeyakara. He not only set musical notation to 300-odd select Ruks from the Rigveda and taught playing them on the veena to students but also translated them as poems in Telugu. His magnum opus was Dasavidharaga Navathi Kusuma Manjari on Goddess Kanyakumari, a metrical verse of 900 lines and set in 90 ragas in ten categories and nine ragas in each category in different beats, wherein he exhibited his monumental skill in literary craftsmanship and musical composition.

In Navarasa Tarangini, he compared and contrasted the treatment of the nine rasas or moods in the plays of Kalidas and Shakespeare. His magnum opus Jagajjyothi is a treatise on various streams of Hindu philosophy. In Rubaiyat of Omar Khaiyam, he translated the original Persian quatrains and Edward Fitzgerald’s English translation into Samskrit and Atcha-Telugu, to prove that Fitzgerald’s translation did not do justice to the Persian poet. Dr. Sarvepalli Radhakrishnan (former President of India) had this to say of the work:

“[…] was greatly struck by his varied talents, remarkable linguistic equipment, and technical power of versification. […] The Telugu verses are written in what is called Atcha Telugu or pure Telugu, which is rather difficult. […] I am tempted to congratulate him on a performance which, taking all things into account, is certainly astounding.”

His Samskrit works include Tarakam (an original Kavyam that reflects his rare command over Samskrit idiom and grammar); Harikathamrutam (the story of Sri Krishna in three Harikathas); Ramachandra Satakam and Kasi Satakam. His Atcha-Telugu works include Talli Vinki (exposition of Sri Lalitha Sahasranamams, each in a verse); Vennuni Veyi Perla Vinakari (exposition of Sri Vishnu Sahasranamams, each in a verse) Ruksangraham (also known as Mokkubadi, a translation and musical composition for 304 selected Ruks) and Manki Minku (an introduction to Ayurveda).

Small wonder, this recipient of many a laurel was chosen to be the first Principal of the first music college in Andhra (1919-1936) of Sri Vijayarama Gana Pathasala, founded by the Maharajah of Vizianagaram. In fact, the Maharajah established the college to honour Pandit Narayana Das and enable enthusiasts to learn music from him. The college produced many great musicians. Pandit Narayana Das inducted violin maestro Dwaram Venkata Swamy Naidu as a lecturer in the college.

The ambrosial blend of a versatile genius and a radiant artistry, Azzada Adibhatla Narayana Das passed away on January 2, 1945.