Karma Veerar Kamarajar is a leader remembered beyond the passage of time for his honest,
dedicated service to the State of Tamil Nadu and our Nation – India. He, who is also called the
Architect of Tamil Nadu, is the prototype of how a Political Leader should be. As the Chief Minister of
Tamil Nadu, he brought so many developmental projects for the welfare of the state with main focus
on Education.
In order to motivate students from rural and economically weaker section of the society to
come to schools, he not only re-opened the thousands of schools across Tamil Nadu that were
closed due to certain reasons earlier, but also launched the mid-day meal program for the
Government Schools which was a great success and is still in existence. The infrastructural
developments, irrigation schemes, rural development works, dams and industries introduced during
his tenure as Chief Minister are notable.
Despite his committed services rendered to the people and the immense devotion he had on
the Tamil soil and our Motherland – Bharat, people of Tamil Nadu did not give respect to this
genuine personality and made him lose the election he contested in 1967. Well, leaving aside the
politics of winning or losing, the point to ponder is that – Kamarajar devoted his entire life for Indian
Independence, welfare of the people of Tamil Nadu, for the education of such children who
otherwise could not have afforded the learning of Science, Maths and Language. He, who made
every other household to have a water connection in their house but made his mother collect water
from the common hand pump because he never used his position as Chief Minister for his personal
benefits and he did not have sufficient money to buy the water connection. He, who fed so many
children with his “Food for Education” scheme, such an uncorrupted person never bothered about
his personal comforts and whose generation ended with his death at the age of 72 in 1975.
Our school text books have lessons about Kamarajar. We remember this great leader on his
birth and death anniversaries. Several events are conducted in his remembrance and several streets
and places are named after him. But, have we created Kamarajars in our society in the past 46
years? If our Educational Institutions have not created Kamarajars in our students, that implies the
utter failure of the Educational System in Tamil Nadu.
Mere production of scientists, engineers, mathematicians and doctors is not enough.
Education should render the values of life as the core operator of all the fields of study. It is
immaterial whether the student becomes a cab driver, runs a shop, takes over as a CEO of a
Company or is an astronaut, the rightful manner and proper outlook with which they carry out their
professions and jobs matter a lot to the society.
Our Educational Institutions have to concentrate on the aspect of Value Education. Such
Value Education which would give the older students who are writing their exams in online mode
during this Covid pandemic, the guts to say ‘No’ to unfair methods of answering the questions. The
value education should develop the self-disciplined insight in every learner to stand in a queue as a
gesture of respecting the persons standing in front, wear the mask to avoid Corona infection and
maintain social distancing; render the feeling that it is “my Country – my home and therefore I
should not litter the roads instead, throw the wastes in the dustbin to keep my country clean”; and

inculcate the self-control to not scribble in the walls of our ancient monuments and Temples. Our
Education should create such strong leaders in politics like Kamarajar to govern the land and the
people with the conviction that their function is to serve the people and not to sit as masters to
command the public.
On a whole, creating a corrupt-free society would be the greatest honor and tribute one
would be giving to Karma Veerar Kumaraswami Kamarajar. 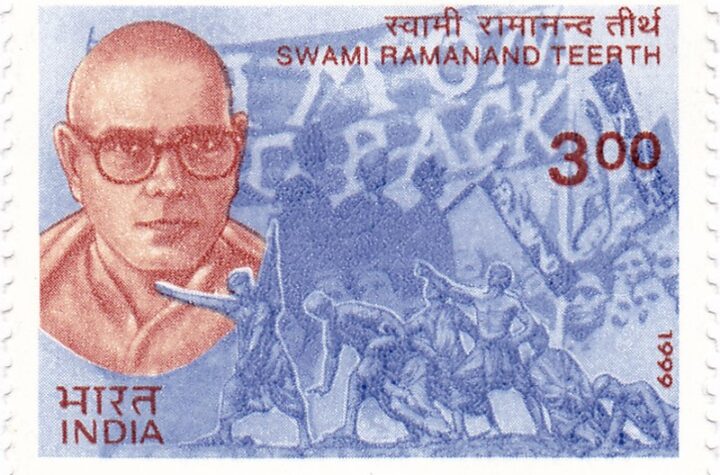 Swami Ramanand Tirtha: Liberation of Hyderabad State and its annexation into Bharat Rashtra