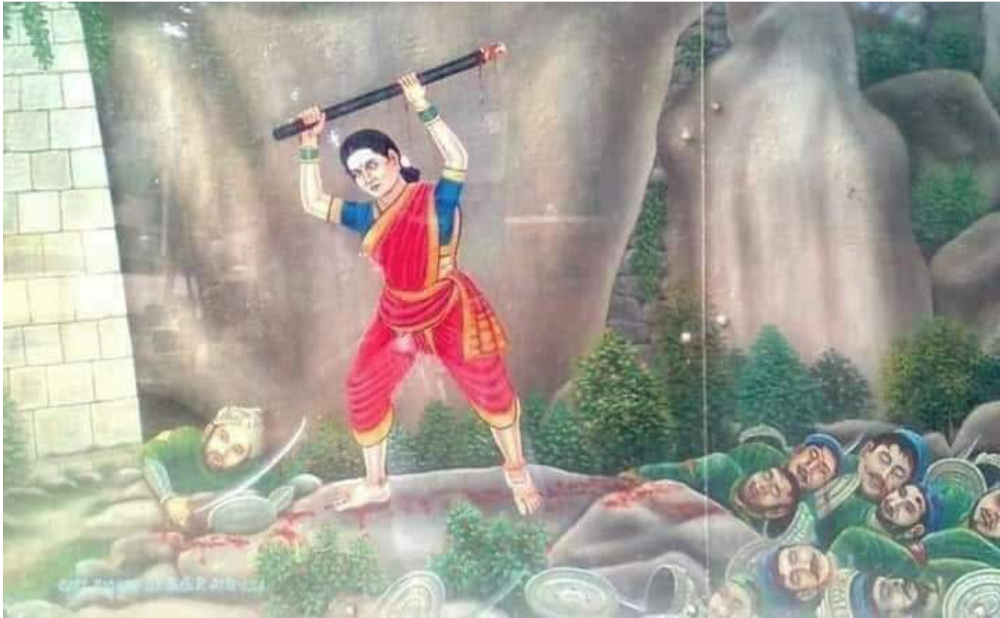 Chitradurga fort is located in Chitradurga district in Karnataka. It is located on the top of a mountain and is built of massive stone blocks. The fort is also locally known as Chittal Durga. The fort is a defensive fort. The fort was built in the 10th century CE and was in constant use until the middle of the 18th century. The principal builders and occupants of the fort were the Chalukyas, the Hoysalas and the Vijayanagara empire.

Chitradurga, under the Nayaka dynasty, maintained independence for two hundred and fifty years after the fall of Hampi Vijayanagara.

The upper part of the fort houses eighteen temples. The lower fort houses a large temple dedicated to Devi. The most interesting temple in the complex is a temple dedicated to Hidimba, known as Hidimbeswari. It is the oldest of the temples, and is associated with Hidimba of the Mahabharata. Hidimba was the wife of Bhima and mother to Ghatotkacha.

The other important temples in the complex are dedicated to Gopala Krishna, Nandi, Subba Raya, Ekaananaathamma, Hanuman, Phalneswar and Siddheswara.

The fort has extensive structures for collecting and storing rain water for autonomy from external supplies. This allowed the fort to maintain a defense for an extended period of time.

Among the most popular stories associated with the fort is the story of a heroine Onake Obavva who defended a secret entrance to the fort single handed for a crucial hour.

Hyder Ali eventually gained victory of the fort on later attempts. However the story of Obavva has become immortalized in the memory of the Hindu national resistance against tyrants and invaders.

Chitradurga fort is located in central Karnataka. The town of Challakere, a center of Vedic learning in Karnataka is close to this fort.