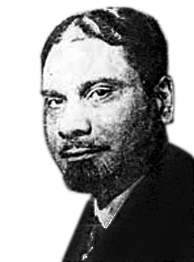 Fierce fighting was taking place between the German forces on the one side and the Allies on the other, during the First World War. The German submarine, “Emden”, operating in the Indian Ocean, sent many a British war-ships to a watery grave and was heavily bombarding the military installations of the British in the southern sea-coast. On September 22, 1914, the submarine entered the waters near Madras and after a bombing spree, touched the shore. A young officer, who was leading the operations of the submarine which caused a nightmare to the British, came out of the vessel and talked to the fishermen on the coast in chaste Tamil introducing himself as one belonging to Travancore. He picked the dust of the feet of Bharata Mata and applied it to his forehead, and in a voice choking with emotion, he told the fishermen folk who gathered around him that he was a fighter for the freedom of our Motherland, and that he was fighting in the War on the side of the Germans in order to drive away the British from Indian soil, with the help of German forces. This brave young man was Champakaraman Pillai, the Indian revolutionary, who went abroad to organize an army to declare war against the British for India’s freedom.

Champakaraman Pillai was born on the 15th September, 1891, at Cochin in Kerala. His father Chinnaswami Pillai, who was a police official, and mother Nagammal came to Trivandrum from Kanchepuram in Tamilnad and settled down in Kerala. Champakaraman had his early education and spent his boyhood at Trivandrum. Even during his student days, he was very much attracted to books and periodicals preaching nationalism and heard the speeches of all political leaders who were in the forefront of the freedom movement.

The personality of Lokamanya Bal Gangadhar Tilak and his writings in his journal, Kesari, turned Champakaraman into a patriot and revolutionary. When Tilak was arrested and sentenced to transportation, Champakaraman was deeply moved, and took a pledge to dedicate his life at the altar of the Motherland, fighting for her freedom. He came to the firm conviction that the only and best way to drive the Britishers out, was to join hands with their enemies, and with their help, organize an armed attack from outside. It was at this time that Champakaraman came into contact with an Englishman who was working as a spy for the Germans and with the latter’s help, he left the shores of India when he was just a lad of 17 years.

Champakaraman first went to Colombo and from there to Switzerland. At Zurich he completed his education and took a Doctorate in Engineering. Soon the First World War broke out and Champakarama Pillai found a fine opportunity to carry out his long-cherished plans. With the help of the German Embassy, he formed in September 1914, the International Pro-India Committee, with Zurich as its headquarters, and himself as the President. That this committee was formed almost immediately after the declaration of War, indicates the foresight and impatient urge of the Indian revolutionaries abroad, who organized themselves under the leadership of Champakaraman Pillai to take advantage of the new situation created by War.

It was soon recognized that they must have their centre in Berlin. Pillai moved to Berlin in October 1914 and started the Indian Independence Committee. Many prominent Indian revolutionaries abroad, including Taraknath Das, Barkatulla, Dr. Chandrakant Chakravarty, Dr. Bhupendra Nath Dutt (brother of Swami Vivekananda), Dr. Prabhakar, Virendra Chattopadhyaya, Birendra Sarkar and Herambalal Gupta, joined him to work out the programme. Lala Har Dayal was also persuaded to join them in the movement.

Champakaraman Pillai’s sharp intelligence, brilliant organizational abilities and undaunted courage won the deep admiration of the German Kaiser, who conferred titles and honour upon Pillai. He won the confidence of the Germans to such an extent that he was allowed to lead the operations of German Navy in the Indian Ocean and it was on this occasion that he demonstrated his capacity as a warrior, directing the German submarine, “Emden”, striking deep into the British naval installations and destroying English war-vessels. The British Government was forced to announce a reward of one lakh pounds to anyone who would capture Champakaraman Pillai and hand over him to them. But the cunning lion of India never fell in the net spread by the British hunters.

Champakaraman Pillai was the forerunner of Rash Behari Bose and Subhas Chandra Bose in organizing an Indian Army abroad to strike against the enemies at home. He founded the Indian National Volunteer Corps during the First World War and prescribed military uniform and discipline to the volunteers, who were under the direct control of army leaders engaged in the War. In July 1914, Pillai gave a message from Berlin to the Indian soldiers that it was time for them to rise in revolt and fight the British for the emancipation of the Motherland. Later in 1919, when Champakaraman Pillai met Netaji Subhas Chandra Bose at Vienna, he explained his plan of action to Netaji Subhas. Subsequent events in history have stood witness to the fact that Subhas chose the path shown by Champakaraman Pillai and fulfilled his dream by organizing the Indian National Army during the Second World War. Champakaraman Pillai was among those who first gave the slogan of ‘Jai Hind’ to the people of India and to the countless number of Indians abroad who were struggling for the cause of Indian Independence. He had the privilege of being the Prime Minister of the Provisional Government of India set up in Afghanistan in December 1915, with Raja Mahendra Pratap Singh of Kabul as President. However, the defeat of the Germans in the War shattered the hopes of the revolutionaries.

The Germans were all along helping the Indian revolutionaries with a selfish  motive. Though the Indian patriots made it clear to the Germans that they were equal partners in their fight against the common enemy—the British imperialism—and what was expected of them was help by way of funds, arms and ammunition, to the revolutionaries who were abroad and at home fighting the British, the Germans wanted to exploit the revolutionaries for  their propaganda work and gathering military intelligence. When they started losing the battle, the Germans lost their interest in the revolutionaries and even started looking upon many with suspicion. This strained the relationship between the self-respecting Indian revolutionaries and the Germans. Champakaraman raised the voice against the view of Hitler that Indians were still incapable of ruling themselves and he even forced Hitler to apologize  in writing. But he fell a victim to the wrath of the Nazis.  It was only in 1931 that Champakaraman Pillai had married Lakshmibai of Manipur, whom he met at Berlin. The Nazis destroyed their happy family life by poisoning Champakaraman  to death, on May 26, 1934.

Champakaraman’s last wish was that his ashes should carried to his homeland, and his devoted wife fulfilled it 32 years after his death. She underwent indescribable sufferings and hardships during this period and the Nazis made her life miserable. However, to fulfill her mission of preserving his ashes, his diary and secret documents, she faced all hardships and lived in Berlin, Italy and Spain and later reached Bombay. The Indian Navy’s famous war-vessel, I.N.S. Delhi, carrying the flag of Free India aloft, brought the ashes of the great martyr to Cochin on September 16, 1966. Addressing the people who had gathered at Trivandrum to receive her who was coming to fulfill her husband’s last wish, Lakshmibai made a fervent appeal to the people of India: “Please proclaim his name to the world. Let the services he rendered for the country’s Independence add glory to Mother Bharath.”

Free India, however, forgot to honour the great hero and martyr and his widow died a death of starvation and suffering, in a Bombay apartment, in 1973, unattended and uncared for by anybody.