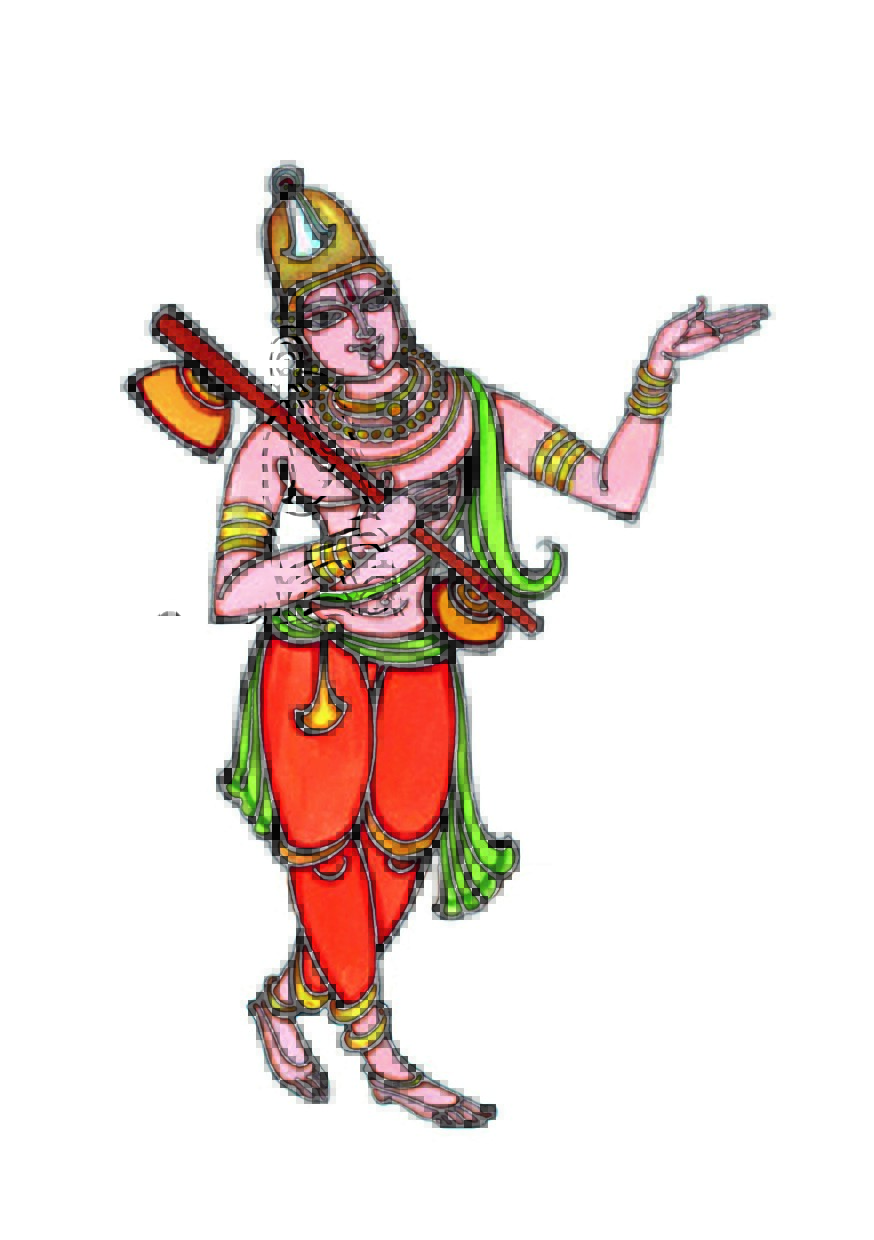 His `keertanas’ (songs) reflect his in-depth analysis of the religio-socio-economic conditions prevailing in his day. He made a right assessment of the man made denominations among people and portrayed the same in his songs. He was the first `Vaggeyakara’, who questioned and condemned the actions of those who had promoted casteist tendencies. He felt it was wrong to segregate people on the basis of caste as the all-pervading `Atma’ (spirit) is present in all living beings.

That was Talapaka Annamacharya, whose keertanas on Lord Venkateswara continue to stir the spiritual chord even in laypersons. A study of his works reveals his attempts to unite the people of the Vijaynagara Empire in the wake of frequent attacks from Muslim rulers in those days.

Born on May 21, 1424, Annamayya, as he is popularly known, was the only Vaggeyakara in the world to have written about 32,000 sankirtanas, 12 Satakas (sets of hundred verses), Ramayana in the form of Dwipada, sankIrtana Lakshanam (Characteristics of sankIrtanas), Sringaara Manjari, and Venkatachala Mahatmamyam. His works were in Telugu, Sanskrit and a few other languages of India.

Annamacharya wrote the sankirtanas on palm leaves and later his son Tirumalacharya got them engraved on copper plates. But for reasons not known, most of these copper plates lay hidden in a cell cut into rock.

opposite to Hundi in the Tirumala temple unnoticed for over 400 years. In 1922, twenty five hundred copper plates, comprising of about 14,000 sankIrtanas and a few other works, were found in a rock built cell, later named as Sankirtana Bhandagaram, opposite to the Hundi (donation box). Ever since the discovery of this lost treasure, Tirumala Tirupati Devastanams (TTD) and other organizations in India are working hard to promote the music and literature of Annamacharya.

Apart from devotion, he depicted the colourful side of conjugal life in his romantic songs, highlighting `srungaram’. He condemned the attitude of the priests who looked down upon women describing them as `stumbling blocks’ in attaining Moksha (salvation). He made it amply clear through his songs that family life was not a hurdle to attain Moksha.

He led an eventful life, witnessing and commenting on spiritual, social and political aspects of his times. We don’t come across another poet or Vaggeyakara who composed as many songs and on a variety of subjects as he did. All his creative output was dedicated to Lord Venkateswara. He had written the `Ramayana’ in dwipada metre, the `Sringara Manjari’ and 12 satakas on the Lord of the Seven Hills. He has written a treatise called `Sankeertana Lakshana’ in Sanskrit giving the guidelines on composing various types `Padas’, `Sankeertanas’ and `Kritis’.

He travelled widely from Purushottamapura (modern Puri) to Srirangam composing songs on all the forms of Vishnu who, for Annamayya, was none other than Sri Venkateswara. His grandson, Chinnanna, gave a detailed biography of his grandfather in his `Annamacharya Charitra’. Probably because of poverty Annamayya’s father put him under the care of his cousin. The eight-year-old Annamayya, unable to cope with harsh treatment meted out to him, ran away to Tirumala by joining a group of pilgrims. That was a turning point not only in the life of the bard but also for the Carnatic music tradition. At Tirumala he was given Sri Vaishnava deeksha by a mendicant.

Later, Annamayya went to Ahobilam and studied philosophy as a disciple of Adivan Satagopa Yateendra, the founder of the Ahobila Mutt. After his studies, at the age of sixteen Annamayya started singing his `Dwipada Ramayana’ along with his keertanas. His fame spread far and wide and Saluva Narasimha, the local ruler and childhood friend of Annamayya, invited him to his place and treated him as his guru. When Narasimha became the governor of Penugonda, Annamayya was honoured with `Sapta Lanchanas’.

Annamayya spent the rest of his life composing keertanas and wrote a few Yaksha Gana plays. He led the life of a prince without giving up his devotional service to the Lord of Seven Hills. During his life time a library was established at Tirumala Temple called, `Sankeertana Bhandagaram’. For the first time he started `Kalyanotsavam’ and `Kodai Tirunallu’ (summer festival) at Tirupati.

In one of his sankeertas he said, “If I am not there/On whom can You shower Your grace?/You will become famous/Only because of me.”

The king, who patronised the composer of Tallapaka, wanted him to sing just one song praising him but the divine messenger declined, for which he was imprisoned. One of the miracles in his life mentions about his prayers to Anjaneya when invaders who looted temples were attacked by monkeys. The theme of his songs is “surrender.”

Annamayya adopted spoken dialect and folk meters for his songs. Hence they did not lose their freshness even after five centuries. He left his mortal frame on February 23, 1503.