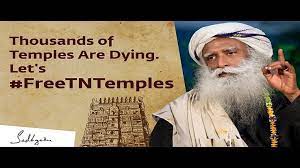 Tamil Nadu is an ancient land of fame and Tamilians are living here since ancient times. We have the historical records of only since some thousand years back. We have the complete history only from the times of the Pallava, Chera, Chola, Pandya kingdoms.

The Cholas in the 9th century itself had extended their empire to the entire Southern Peninsula region. Wherever the Tamil Kings reigned it was their practice to build temples in those places.

Surya Varman of the Chola dynasty had built the very big Angkor Watt Temple in Cambodia in the 12th century. Historians say that several Tamil and Sanskrit inscriptions are largely found there.

The Chera king Senguttuvan who decided to build a temple for Kannagi brought the stone from the Himalayas. The stone was immersed in the Ganges and then that Holi stone was used for the construction of the Temple.

Emperor Rajendra Chola sprinkled the water brought from the Ganges on the war weapons of the army during puja, says our historical texts.

Water from the Ganges was brought and sprinkled on the entire land premises before the construction of the Gangai Konda Cholapuram Temple situated in the Ariyalur district.

Invasion of the Muslims:

Any Muslim invader who invaded India plundered the Temples first. It would not be an exaggeration to say that, priceless wealth of Gems; Gold and Silver were stored in these temples.

European countries – Portuguese, Dutch and English had come to India for trade. In 1611 the British started the East India Company at Muslipattanam. In due course of time, they establish their control over the entire nation, made our people servitude to them and plundered our wealth and resources.

Are our temples in good condition?

Despite assaults by several external forces, our Temples are still in existence because of the spiritual devotees. The routine prayers of our ancestors carried out and the great faith they held in God are the main reasons for the Temples being still in existence.

But the big question is – Are these hard-protected temples in good condition now?

After a long struggle, India got its independence. As we celebrate the 75th year of Indian independence, still the struggle exists.  Sadguru Jaggi Vasudev and numerous Sadhus and Sanyasi working for the Temple administration be taken away from the State’s control and handed over to the devotees.

Why is this struggle?

In Tamil Nadu, approximately 25,868 acres of Temple lands encroach. The valuation of these lands may be around 10,000 crores. Newspaper reports say that these lands have been sold to individuals.

There had been news that in 2018, around 9000 acres of Temple lands encroached.

In Tiruporur the 78-acre land belonging to Lord Murugan Temple now stands a multi-storey Apartment.  Its valuation may be more than 750 crores.

In Salem, Temple Property worth more than 100 crores what retrieved after a great struggle by the Hindu Munnani people.

In December 2020, around 67 crores worth of Temple properties were retrieved in Chennai.

70% of Temple properties are now being encroached by various people. These lands were donated during the reigns of Kings by wealthy people and devotees owing to the devotion they had to God. These donations have not reached God but have only reached selected persons. This has aggrieved and angered the devotees.

By this distribution, up to  65 to 70% of the Hundi collection is being spent.

There are several temples that are facing a shortage of funds to the extent that, they are not able to buy wick and oil for lighting the Temple lamps. Devotees become saddened by this. Our Kings felt that our Temples should never face a deficit of funds and therefore they had left lots of properties written in the name of Temples. They left lots of agricultural and other lands so that the income from these agricultural and use of the other lands could be used for the maintenance and administration of the Temples.

In due course of time, these Temple lands encroached and Temples were left to suffer drastically. Several Temples which ought to have been in a good condition are now left deserted. Temple properties worth several crores of Rupees are being enjoyed by some other people. The Government that has to question these irregularities are contrarily maintaining silence and this has angered the devotees.

Taking into consideration all these factors, the State should withdraw its control over the Hindu Temples and its properties and the Temples should be handed over to the Devotees. Devotees can spend more time and interest in the development and administration of the Temples better. This would also enrich the importance of Temples. Temples will also be then maintained adequately.

Thus, in the leadership of Sadguru Jaggi Vasudev, the “Free Our Temples” campaign is gaining its ground amidst the devotees and attracting the attention of the Government too.

This protest is being supported by several film stars and renowned personalities.

Only Hindus can serve in the Hindu Religious Endowment Department. But, it was shocking to know that those who got converted into other religions did not change their names. Instead, using their Hindu names were serving as employees in the Temples.

Only those who follow the Hindu belief and have true faith and devotion to the Hindu Religion can serve the Temple administration better. How dedicated will people of other religions carry out this? This is the debate of the devotees.

Will the Government do this? Time will tell..!!

United Hindu Force..! Victory is for Sure..!! 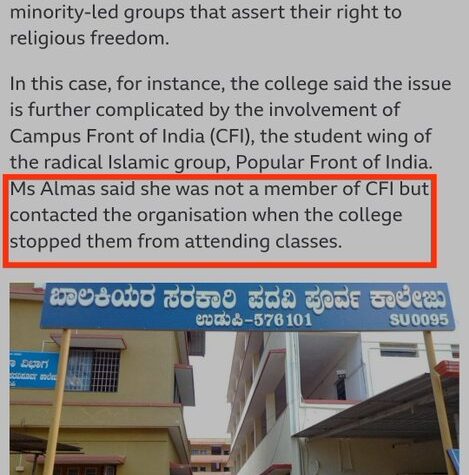 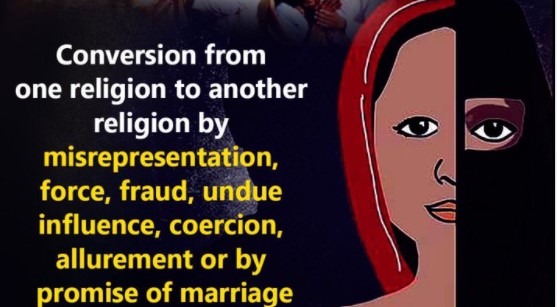