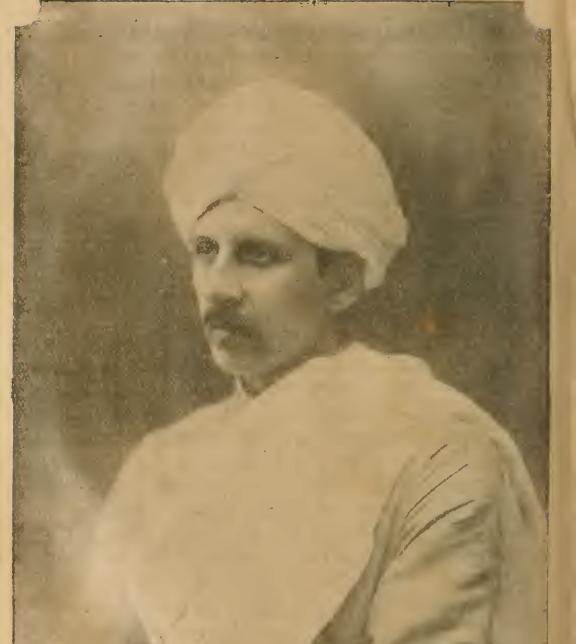 As one very well written piece reports, “The difficulty in writing about Ananda Coomaraswamy lies in the fact that one doesn’t know where to begin. Most writings about him refer to him as merely an art historian but in reality, it’s impossible to slot him in a single category—he was all of them: philosopher, historian, art historian, polyglot, cultural anthropologist, metallurgist, mineralogist, geologist, archaeologist, a collector of art work, and a cultural revivalist.”.

It is of course true that contributions to any one of the several fields of study would be immensely valuable. And one who had so handsomely contributed to so many different fields of study would be of so much more an object worthy of admiration.  The summary of his contributions would be the fact that he established a position of legitimacy for the cultural and spiritual heritage of Asia in an world, completely dominated by European imperial and economic might.

For the first time since the start of the European colonial expansion, India and the rest of Asia could rise and assert the glory of their ancient legacies. Ananda Coomaraswamy was the pioneer that initiated and established the study of the legacies of Asia as a field of study atleast with parity with European studies. Almost for the first time in several millennia the spiritual and cultural legacies of East Asia would be introduced to the west without the blinding cataracts of racial and religious prejudice that were the norm since perhaps the days of Alexander the Macedon.

The works of Coomaraswamy established the template and patterns for comparative studies between the religions and cultures of the east and the west. And of a more perceptive western exegesis of the East Asian legacy. He is recognized as the one man largely responsible for introducing ancient Indian art to the west.

Ananda Coomaraswamy must be recognized among the great galaxy of heroes that contributed their might without reserve, to the revival of the Hindu national spirit. He was titled Kala Yogi for this most significant contribution.

In 1902 he travelled back to Ceylon and started his work, of studying and documenting Indian art. Shortly he developed his attitude and mission for anti-westernization. And by 1906 it had become his life’s mission. In 1908 he wrote, “The main difficulty so far seems to have been that Indian art has been studied so far only by archaeologists. It is not archaeologists, but artists … who are the best qualified to judge of the significance of works of art considered as art.”.
His first major work was produced from his study in Ceylon. This was the book titled, “Medieval Sinhalese Art”. The text and conceptual content for this was his contribution and the photographic content was contributed by his first wife, Ethel Mary Patridge. During his work in Ceylon, he also prompted the formation of the geological survey of Ceylon, of which he was the first director.
By 1909, he was corresponding with early modernists Jacob Epstein and Eric Gill, London’s two most important early Modernists, and soon both of them had begun to incorporate Indian aesthetics into their work. The resulting sculptures  are the roots of what is now British Modernism.
Ananda Coomaraswamy was among the founders of the Traditionalist School of thought. This was a neoplatonist school that asserted the idea that all religions (traditions) of the world  derive from a common essence. It holds that the modern world is an unreasonable denial of this metaphysical truth. This school has had many famous adherents. Some of the most influential philosophers of the early 20th century. And this school of thought continues to have adherents and advocates not only in the west but also among the most rigid cultures in the middle east.

In 1917 Ananda Coomaraswamy became curator at the Museum of Fine Arts, Boston. He remained at the position until his death in 1947.

The works of Ananda will not fit in a single category. Nor are they limited to any single field of study.

We just list some here from one source. His work extends far beyond this catalogue. And each of these items will require some attention and commentary. A more exhaustive list was published by the IGNCA, A BIBLIOGRAPHY OF ANANDA KENTISH COOMARASWAMY

An important collection is a compendium of his letters . This reveals his personality at close quarters. His attention to detail. His deep perception and

The major contributions by Ananda Coomaraswamy are the paradigm shifts that he produced in the perspectives through which the most learned scholars of the west saw the east, particular with regards to India. Surely his legacy left a long and beneficial influence upon the scholars of culture and history within India. His collections of art and literature in India are vast, but his greatest influence and impact was in the west where he spent most of his life.

Ananda was contemporaneous to the most powerful social, spiritual and political transformation that was happening in India.

It is significant to record the personal life of Ananda Coomaraswamy. He was married four times. And had children with two of his wives. The youngest of his children, Rama Coomaraswamy, born to Ananda and his last wife, was raised a Hindu. He converted to Catholic Christianity and was also ordained a priest of the Catholic Church though he was married. He continued to be a follower of the Traditionalist school of his father.

Ananda was first married to Ethel Mary Patridge, a photographer and a handloom weaver. His second wife was Alice Ethel Richardson.  He later married an American actress Stella Bloch. In 1930 he married Luisa Runstein. Luisa guided the students and scholars of Ananda’s works after Ananda’s passing.

There is much pathos in Ananda’s personal life. A condition that is frequently observed among the most brilliant scholars and pioneers in history.

Pratapaditya Pal was appointed to the position of curartor of the Indian art collection at the Boston Museum of fine arts in 1967. He has had a brilliant career across the USA and Europe in collecting, classifying and promoting the legacy of the Indian fine arts. He is considered as the rightful successor to the legacy of Ananda Coomaraswamy.