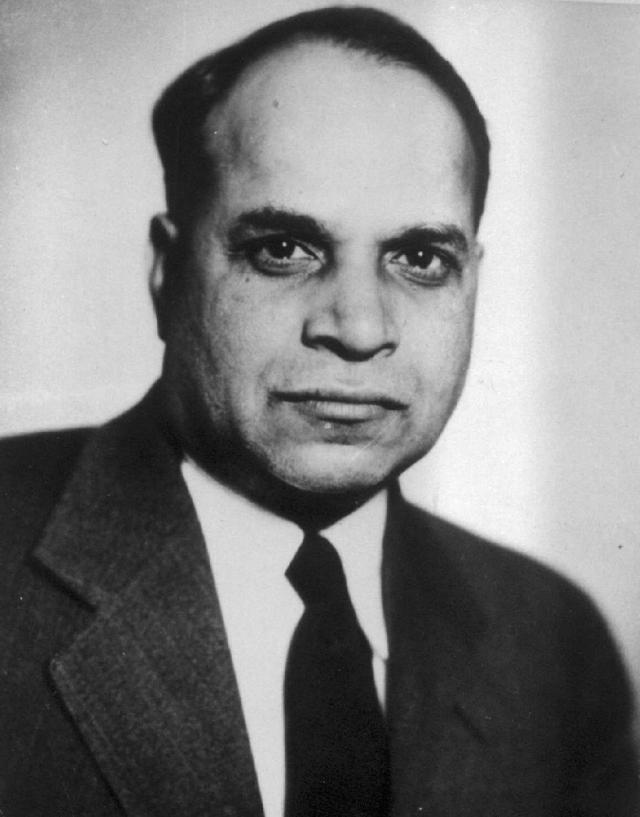 12th of January, 1895- Bhimavaram, a small coastal town in Andhra Pradesh, it was the period, when a young monk from Calcutta,  by the name of Swami Vivekananda, had electrified the audience in America, through his address at Chicago on Hinduism, two years earlier. Coincidentally, the young monk, Swami Vivekananda, was also born on January 12th, the same date as a certain Yellapragada Subbarow, would be.  While most Indians would recognize Swami Vivekananda,  the name of  Yellapragada Subbarow, would certainly not ring a bell for many. But yet if one were to compile a history of medicine, in the world, the name of  Dr.Subbarow, would be standing right up there along with other greats like Alexander Fleming,  Ronald Ross. Subbarow made some of the most significant discoveries in the field of medicine, yet forget about ordinary people, even in the scientific community, his name is not too well known.

1994, Surat– The year a deadly plague struck the city, and parts of Maharashtra too. A 3rd generation tetracycline called Doxycycline helped in combating the plague epidemic, and controlling it. The tetracylines were the effort of Yellapragada Subbarow’s untiring efforts, and in what was the centenary year of his birth, it was his own way of paying back to his own country.

A country, Subbarow, had left in 1922 for the US, and where he did his work, till he passed away in 1948, just a year after independence, at a very young age of 53.  And yet, there was no stauncher nationalist than this man, a devout Gandhian, who wore Khadi surgical dress in response to the Swadeshi call. An act, that earned the displeasure of his surgery professor M.C.Bradfield at Madras Medical College , and for which he was given the lesser LMS degree, instead of the MBBS degree, in spite of the fact that he was a brilliant student. It meant he could not enter the Madras Medical service, and had to settle for a job as an Anatomy lecturer at Dr.Lakshmipathi’s Ayurvedic College in Madras.  It was during his stint there, that he developed an interest in Ayurveda, and began to do a whole lot of research on that topic. Subbaraow came from a rather humble background, his mother had to pawn her jewelery to get him educated, it was the financial support from Kasturi Satyanarayana Murthy that enabled him to study, who later would also be his father in law. In 1923, his father in law once again supported him financially, when he was to leave to US for higher studies, as also the assistance from Malladi Satyalingam Naicker Charities in Kakinada.

It would be pertinent to note however that Subba Row, was allowed admission to Harvard Medical School as a “physician” and his qualifications were cited as a “chemist”.  These were the two professions that were exempt from ban on immigration of Indians into US, as they were not Caucasians. Even those Indians in US, who had all the legal requirements to become a citizen, were not allowed to become US citizens. Though Subbarow, could be able to get his 2 year old student visa extended, the fear of being deported back to India for any minor infraction, always hung over him. During WWII, Subbarow, had to carry an Alien Registration card around, report his address to every 3 months in Dept of Justice, Washington. In fact when Subbarow, was working on supervision of processing of blood albumin for supply to Navy, he had to get a special clearance in 1942.

Even at Harvard, Subbarow, got a position only as a junior faculty member after he finished his diploma there. But it was there along with Cyrus Fiske, that he made one of the most significant discoveries of our times.  During the 1920’s  many scientists were trying to understand the chemical stores in our body, where energy was stored, and which the body draws upon, whenever needed. To put it in more simpler terms, how exactly does the body store the energy we get from eating, and which we would be needing later on. It was Subbarow along with Fiske, who discovered phosphocreatine and adenosine triphosphate (ATP), two chemicals in our body, that store energy. Whenever the body needs energy ATP is converted into ADP(adenosine diphosphate) while it gets replenished by phosphocreatine while the body rests. His work demonstrated the importance of phosphorous in our body, and also how to estimate the phosphorous content in living organisms.The Fiske-SubbaRow method of estimating phosphorous is used to date by most biologists around the world.  Subbarow now began to be quoted in most biochemistry publications around the world.

However when Harvard denied him a regular faculty position, Subbarow,  left for Lederle Laboratories( now a part of Wyeth, owned by Pfizer) in 1940, where he did some of his most significant work. It was at Lederle, that Subbarow, began to work on discovering antibiotics that had a wider range of cures than, the available pencilin and streptomycin. This in a way led to discovery of polymyxin widely used even today in cattle-feed and aureomycin, the first of the various tetracyline antibiotics which all of us used at one time or other. The tetracyline antibiotics played a major role in saving millions of patients, all over the world during the last century. Aureomycin, the first tetracyline antibiotic discovered by Subbarow, was introduced in 1948, the same year Subbarow passed away at a very young age of 53.  Aureomycin was effective against both gram-positive and gram-negative germs, making it much more powerful than Pencilin or Streptomycin. Another of 3rd generation tetracylines, doxycycline, was  cleared as a preventive drug for malaria,  and was used by UN Assistance Mission in East Timor. In 1945, Subbarow along with his team at Lederle, synthesized Folic acid from liver and a microbial source, which would play a role in curing tropical sprue. For Subbarow, it was a personal achievement too, he had seen two of his brothers fall prey to the disease, and he himself came close to death there.  This discovery was found to cure many anaemias,  and in 1988, US Govt ordered all grain products to be enriched with folic acid to prevent spinal cord defects for newborns.

“Do you know that methotrexate was discovered by an Indian?”

One of the most important anti cancer drugs methotrexate was synthesized again by Subbarow. This drug is primarily used for allievating suffering from Burkitt’s Lymphoma, and was one of the very first cancer chemotherapy agents. Apart from this, methotrexate is also used for childhood leukemia, many form of adult cancers, and to control rheumatoid arthritis and psoriasis. It’s ironic that a man who has made such seminal discoveries in the world of medicine and probably saved many lives has not really got the recognition due for him. During his tenure at Lederle, as Director of Research, another important discovery Subbarow made was on Hetrazan the cure for Filariasis. It was primarily the outcome of a project that aimed to protect US soldiers fighting during the War in the Pacific against malaria and filariasis. Filariasis was one of the most serious diseases during that time, that led to the deformity causing elephantiasis.  Subbarow’s discovery of Hetrazan, went a long way in combating this disease, which now has been adopted by WHO as a key element of it’s campaign against elephantiasis.

Dr.Subbarow passed away in 1948, at a very young age of 53, a naturalized citizen of US, something he got after a long period of struggle. He had a lot more to offer to the medical world, and in fact he might have just come back to India, just then newly independent, and maybe even played a greater role too. But as Doron Antrim observed in 1950-“You’ve probably never heard of Dr. Yellapragada Subbarow. Yet because he lived you may be alive and are well today. Because he lived you may live longer.”  In effect Dr. Subbarow was a true Karmayogi, one who did his work to the best of his ability and selflessly. A man who straddled two different worlds, an American citizen with an Indian heart. A man who made some of the most seminal contributions to the field of medicine, and saved innumerable lives. In essence Dr.Subbarow,  epitomized the Hindu saying “Manava Seve Madhava Seva”( Service to humanity is service to God). On his birth anniversary, it is essential that more Indians should be aware of the contribution of this great soul.