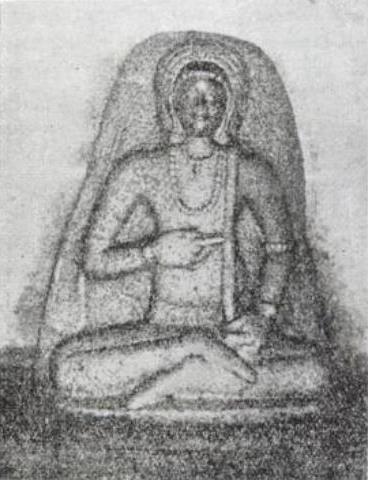 NADANAAR – A Nayanar for whom, Shiva ordered Nandi to move

Nandanar (also spelt as Nantanar), also known as Tirunalaippovar (Thirunaallaippovaar) and Tiru Nalai Povar Nayanar, was a Nayanar saint, who is venerated in Shaiva traditions of Southern India. He is counted as the eighteenth in the list of 63 Nayanars. His story is told and retold across the entire cross section of society in Tamil Nadu. In folk tales, in songs, in classical music, in drama, movies and plays. From multiple perspectives and with multiple distinct points of emphasis. He is among the most beloved of saints from Tamil Nadu across the entire cross section of society.

Nandanaar was born with deep social disadvantages. In the Pulayar community, most cruelly excluded from all social transaction, in the poorest quarter in Adhanur village on the banks of River Kollidam (in Tamil Nadu). He worked as a farm hand of a landlord in the village. Exemplary in character, born out of his devotion to his Lord, he served his landlord sincerely. He served Lord Siva as much as he could. He made drums out of cow hide and also musical instruments such as ‘yaazh’, ‘iyazhai’ from the guts of animals and offered them to the temple for use in worship.

Deeply devoted to Lord Siva, the Divine Name of his favorite Lord constantly played on his tongue. How deep was Nandanaar’s yearning for his Lord! Today, we speak of ‘Nama Siddantha’. It was Nandanaar who first propounded ‘Nama siddhanta’! He gathered the people in his neighborhood and pleaded with them to sing the Name of the Lord

He pleaded, “Chant Namah Sivaya! Namah Sivaya! Chant Umapathe! Chant Sambasivaya!” The people of the slum objected and refused to chant the Name of Lord Siva while they had their own deities.

They said to him, “Nanda! Why do you insist on our chanting tongue twisting Names?” But Nandanaar was not to be bogged down by their disinterest and opposition. He somehow succeeded in making the people utter the Divine Names of the Lord. Ever since people joined Nandanaar in performing Nama Kirtan, none went to attend to his work in the fields, on time. So those affected by this tried to bring ‘sense’ into Nanda through a local leader of their slum. All of them together approached Nandanaar.

They said to him, “Nanda! You are forever singing the Nama. Will singing the Nama earn food?” Nanda replied, “Even the dog eats food. But can it chant ‘Bhagavan Nama’ – the Name of the Lord?

Nandanaar nurtured the deep desire to visit Lord Siva’s Temple at Thiruppungur. Thiruppungur is about 4 kms from Vaitheeswaran Koil (a famous temple town in Tamil Nadu). Here, Lord Siva bears the name ‘Sivalokanathan’. One day, picking up courage, Nandanaar spoke about his desire to his landlord and sought his permission to visit Thiruppungur to have darshan of his beloved Lord. It was only that day the 40 acres of land had been ploughed and seeds sown. It would take at least another six months for the harvest. To put him off, the landlord told Nandanaar, “Hey, Nanda! Once they are ready for harvest you may leave for Thiruppungur!”

A disappointed and grief stricken Nandanaar went to bed. In a divine dream he saw that the grains had grown to full and the vast field of his employer was all set for harvest! He immediately rushed to the fields and found it to be true and not just a dream. He could not believe his eyes. In that hour of the night he ran up to his landlord’s house and called out to him, “Sir! Please come out. Come with me to the fields. They are ready for harvest!” When the landlord came and witnessed the miracle he realized the greatness of Nandanaar’s Bhakti, He fell at Nandanaar’s feet, seeking his pardon.

The landlord also helped him in his journey to Tiruppungur. Nandanaar gathered all the people from his slum and went to have darshan of Lord Sivalokanatha in Tiruppungur. In those days people considered to be from low caste were not permitted to enter temples. So, they had to have darshan of the Lord from outside the gate. To the dismay of Nandanaar the huge ‘Nandi’ (the Divine Bull of Lord Siva) in this temple obstructed his view of the Lord.

Lord Siva ordered Nandi to move slightly so that His devotee can have darshan. This is the reason that the ‘Nandi’ here sits aside, even today (and not in straight line with Lord Siva in the sactum sactorum). And, one can also find the two ‘Dwarapalakas’ (sentinels at the Lord’s Sanctum Sanctorum) in a bending position, as if trying to see this great devotee that their Lord desired to see! It is said that Nandanaar earned this name as he made Nandi move! Nandanaar’s joy knew no bounds on receiving darshan of his Beloved Lord. Elated, he wished to offer his services to the Lord in some way. He, therefore, dug a pond before returning to his village with his people.

Nandanaar now deeply yearned to visit Chidambaram (the Holy Place of Lord Siva known as ‘Bhooloka Kailas’ – Kailash on earth). Chidambaram was not too far from the village where he lived. Somehow this remained only a dream for a long time. Nandanaar possessed deep ‘Bhava Bhakti’. Even hearing the Name of his Lord would push the devotee into ecstasy! A deep desire to hear his beloved Lord’s Name repeatedly would be felt. He would experience thrill at the very sight of any object related to His Lord.

At last his dream came true. He set out for Chidambaram by foot. The deep desire to have darshan of the Lord inside the Sanctum Sanctorum of Chidambaram temple took hold of him. But when Nandanaar reached Chidambaram, remembering his birth in what was then considered a low caste, he hesitated to step into the holy town. Tired after the long walk he slumped down outside the holy town. But would the gracious, compassionate Shiva, himself a devotee of his devotees, turn a blind eye to the plight of this sacred soul? One who had burnt himself in devotion to Shiva over many life times. Is he not verily the soul that habits all souls, the Antaryami of all? Would he then not respond to the torment that rends the devotee’s heart?

Lord Siva deeply moved by his devotee’s longing, informed the temple priests of this great devotee, and instructed them to build a path decorated with fire to convey this shining being to and from the temple. This was only to illustrate the glory of his devotee to the world. The priests rushed out in all eagerness to meet this great devotee who the Lord Himself desired to receive. They informed him of the Lord’s order. The priests then built the pathway duly decorated by great sacrificial fires through which Nandanaar walked in honour that is reserved for gods. With due respect and honor, the priests guided him through the town to the temple. Nandanaar had darshan of the gopuram of the temple and entered the temple. Here Nandanaar’s spirit was not to be contained any longer. He rushed to the Sanctum Sanctorum in all eagerness to meet his Lord and mingled with him and attained beatitude.

The story of Nandanar was first recorded in the Periya Puranam around the 12th century CE by Sekkizhar. A much more extensive version of his story, Nandanar Charitam, was written in the 19th century by Gopalakrishna Bharati.