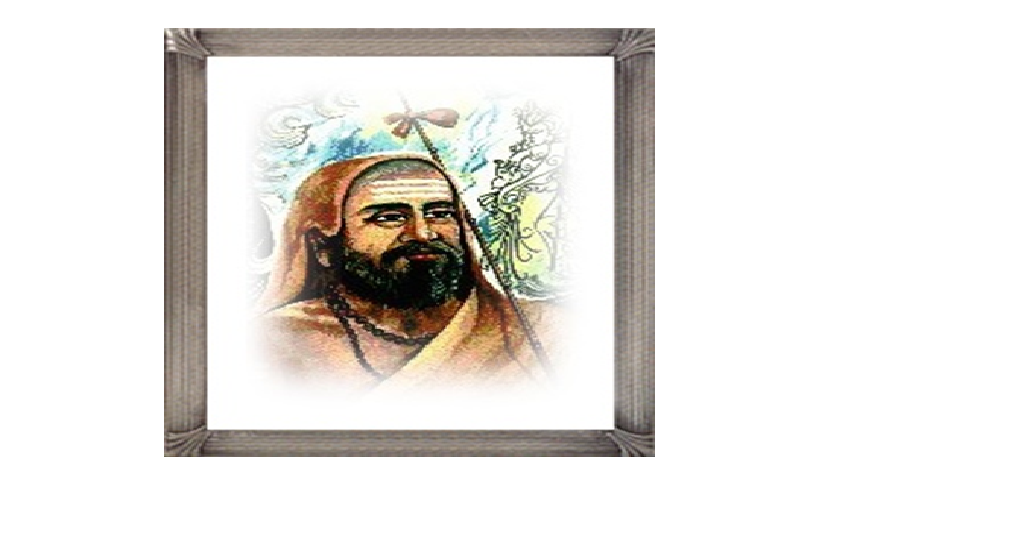 Sri Vidyaranya was the 12th Jagadguru of the Sringeri Sharada Peetham from 1380 to 1386 CE. He built temples at Sringeri and Hampi and established Mutts to propagate Vedanta. He was not only a sage and empire builder, but also a savant and a scholar par excellence. His works constituted the greatest treatises in post-Shankara Advaitic literature. His marvellous interpretative skills reconciled many apparent differences in philosophic texts. His works include Vivaranaprameya Sangraha, Panchaadasi, Jivanmukti Viveka, Drig Drisya Viveka, Aparokshanubhuti-Tika, and six Upanishad-Dipikas. Also Madhaviya Shankara Vijaya is the work of Sri Vidyaranya. Because of its high poetic merit and objectivity, it is considered the best for recitation during Shankara Jayanti.

Tradition has it that Madhava (the generally accepted pre-ascetic name of Sri Vidyaranya) was the elder of two Brahmachari brothers belonging to a poor but learned Brahmin family of Ekasila Nagari (present-day Warangal). The younger of the two, wandering south in search of true knowledge, reached Sringeri when the great Vidyashankara Tirtha was the reigning pontiff. On seeing the innate greatness of the young Brahmachari, Sri Vidyatirtha readily gave him sanyasa diksha with the ascetic name of Bharati Krishna Tirtha in 1328 CE.

In the meanwhile, Madhava left home in search of his younger brother. After much wandering, he finally reached Sringeri where he found his brother as the junior pontiff Bharati Krishna Tirtha. At the junior pontiff’s request, Sri Vidyatirtha readily gave Madhava sanyasa diksha in 1331 CE under the ascetic name of Sri Vidyaranya, in other words, verily a forest of knowledge. Sri Bharati Krishna Tirtha, though younger than Vidyaranya became his senior by virtue of his earlier ordainment into Sanyasa Ashrama and came to be known as the senior Sripada and Vidyaranya the junior.

Sri Vidyaranya then started on a pilgrimage and reached Kashi. At the direction of Sri Vyasa, he went to Badrikashrama where the great sage himself initiated him into Sri Vidya. Returning south, he retired to Matanga hill, near Hampi, where he immersed himself in intense meditation. It was at this time that the two brothers, Madhava and Sayana, the sons of Mayana of Bharadwaja Gotra, approached Sri Vidyaranya and sought his blessings. Sri Vidyaranya graciously gave them his unfinished Veda bhashyas and some other works. He blessed them to complete the works in their own names as Madhaviyam and Sayaniyam. Later, both the brothers served as ministers in the Vijayanagara empire under Bukkaraya and Harihara I and II.

It was while Sri Vidyaranya was doing tapas at Matanga hill that the two warrior brothers, Harihara and Bukka, sons of Sangama, approached him. Directed by a dream, they sought his blessings and guidance. Earlier, these two brothers had been taken prisoner and led to Delhi. It is believed they were under compulsion to embrace Islam. But the Delhi ruler recognising their valour sent them back to the south. They were sent back as the heads of an army to contain the rebellions brewing in the Deccan.

Seizing this opportunity, the two brothers asserted their independence. With the guidance and blessings of Sri Vidyaranya, they established their own independent kingdom with its capital on the left bank of Tungabhadra river. Following the sage’s counsel, they shifted their capital to the right bank, naming it Vidyanagara, as a mark of respect and gratitude to the sage, whom they regarded as their Guru, God and saviour. The city, which came to be popularly known as Vijayanagara or City of Victory was planned in accordance with the directions of sage Vidyaranya in the form of a Sri Chakra, with the Virupaksha temple in the middle and nine gates all around.

A copper plate grant of 1336 CE bearing the sign manual ‘Virupaksha’ recounts, ‘Harihara was seated on the throne as directed by Vidyaranya. He made the 16 great gifts resplendent in the city called Vidya, of vast dimensions” The emperor placed at the feet of his master Sri Vidyaranya, all his imperial insignia. Sri Vidyaranya initiated him into Atmavidya and conferred on him the titles, Srimad Rajadhiraja Parameshwara, Aparimita Pratapavira and Narapati. From then on, the Sringeri Jagadguru came to be addressed as ‘Karnataka Simhasana Pratishtapanacharya’ which is part of their birudavali (titles) even to this day.

Without Vidyaranya there would have been no Vijayanagara samrajya and without that Dakshina Bharat/ South India would not have retained its dharma and culture. We remember this great Acharya and dharmika and offer our namaskarams. Om.