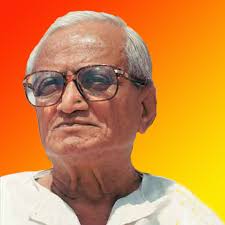 Dattopant Thengadi was the founder of the Bharatiya Mazdoor Sangh, Bharatiya Kisan Sangh and the Swadeshi Jagran Manch. All the organisations he founded made and still make deep impact on national life.

Thengadi was a member of the Rajya Sabha for 12 years. Thengadi was one of the most revered senior Rashtriya Swayamsevak Sangh leaders and ideologue. He worked with all the Sarsanghachalaks of Sangh, including the founder, Dr K.B. Hedgewar.

Dattopant was a scholar, philosopher, visionary, orator, learned author, all rolled into one. In 1969, he visited Soviet Russia and Hungary as a member of the parliamentary delegation. He went to Switzerland as a delegate to the ILO conference and also attended the Second International Anti-apartheid Conference in Geneva in 1977. In 1979, he was invited to Yugoslavia by a trade union there to study that country’s labour movement and also by the USA to study the American trade union movement. The same year, he also visited Canada and Britain. In 1985, Thengadi led a BMS delegation to China at the invitation of the All-China Federation of Trade Unions. He subsequently attended the Tenth Regional Conference of ILO at Jakarta, Indonesia, Bangladesh, Burma, Thailand, Malaysia, Singapore, Kenya, Uganda and Tanzania. More recently he participated in the Fifth European Hindu Conference held in Frankfurt, Germany and World Vision 2000 in the USA.

He was neither after power nor posts. That is why he declined to accept the Padma Bhushan honour offered to him by the NDA Government.

His stand on many subjects was based on the thoughts of both the late M.S. Golwalkar, former Sarsanghachalak of the RSS and the late Deendayal Upadhyaya, founder of the Bharatiya Jansangh. He was a man who went beyond the ideological division between the ‘Right’ and the ‘Left’. His prime concern was the nation. He was an ardent spokesman of the labour-intensive, rather than on capital-intensive, industries.

His was an awe-inspiring and towering personality, yet modest, deeply rooted in the past yet completely in tune with the modern times, very sensitive to the issues of national importance, a karma yogi, guide, philosopher, mentor and much more.

Dattopantji will be remembered for his great contribution to the welfare of society, especially his commitment to the cause of labour and peasants. For a man who really lived all his 84 years, the best tribute would be to follow in his footsteps. No tribute will be greater to him than dedicating one’s life at the feet of the motherland.

Thengadi wrote a book on Dr Balasaheb Ambedkar which was released in Bhopal posthumously.  Thengadi in his book narrates many instances to prove that Ambedkar was a true nationalist like MK Gandhi, Jawaharlal Nehru and Vallabhai Patel. Though Dr Ambedkar embraced Buddhism in his later period, he vehemently opposed SC’s converting to Christianity.

In his famous book, “Third Way” Thengadi explores the possibility of a third alternative to the dead communism and the near-future collapse of capitalism. It is an authentic presentation of the Hindu way of economics, technology, environment and constitutional and legal systems. We find a strong votary of Swadeshi for national reconstruction in this book.

The essence of nationalism and the process of national reconstruction is vividly depicted in “National Pursuit”. Uplift of the downtrodden and the working class is highlighted. Thengadi describes the alternative steps for the betterment of the socio-political structure in detail.

Thengadi was a prolific writer in Hindi, Marathi and English. The books and booklets by him may cross over hundred.