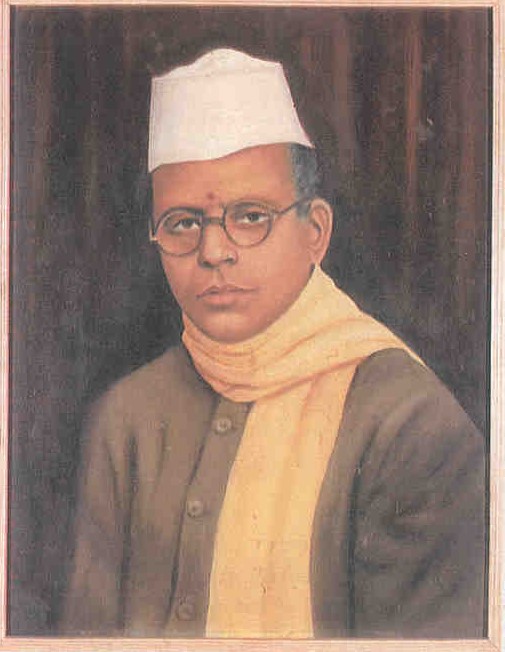 Dheerar (Hero) S. Satyamurthy (19/08/1887-28/03/1943), was one of the leading lights of the swarajists who laid the foundation for parliamentary democracy in India, the others being Chitaranjan Das and Motilal. Born in Thirumayam, in Pudhukkottai, a princely state, in the then Madras, Presidency. He had his earlier education in Maharaja College, Pudhukkottai, graduated from Madras Christian College, and law from Law college in Madras. He practised law under V.V. Srinivasa Iyengar and S. Srinivasa Iyengar who was also the president of the Indian National Congress, who drew him into politics. During his student days, he fought and won elections in the colleges. He with other “swarajists” had extraordinary courage of conviction to take a view opposed to Gandhi, who had captivated the entire nation, which in the 1920s was not for participating in legislative politics. The Congress party decided to send its representative to the Joint Parliamentary Committee (of the UK) to protest the Montagu. Chelmsford Reforms and the Rowlatt Act, 32-year-old Sathyamurthi was chosen as a delegate. He was known for his honesty, his integrity, his belief in racial, communal and religious harmony and equality, and his firm belief in constitutional government and parliamentary democracy in India. It was due to Satyamurthi’s efforts in the legislature that Congress won the 1937 elections to the Madras Legislative Assembly.

When Satyamurthi became the Mayor of Madras in 1939, World War II had begun. The city of Madras was in the grip of acute water scarcity and it was left to him to impress upon the British Government and colonial Governor the importance of agreeing to the proposal of Madras Corporation for building a reservoir in Poondi, about 50 km west of the city, to augment the water supply, especially in light of catastrophic global events namely the Second World War. In those days, the tenure of Mayorship was only for a year but due to his efforts, diplomacy in dealing with the British Governor, and his administrative abilities, the foundation stone for the reservoir was laid in a matter of eight months. Satyamurthi is also remembered today as the political mentor of Kumaraswami Kamaraj, who was the Chief Minister of the State between 1954-1963. Because of his strong devotion to Satyamurthi, Kamaraj got the Poondi reservoir named after Satyamurthi. Additionally, the headquarters of the Tamil Nadu Congress Committee was named Satyamurthi Bhavan in his honour and in recognition for the work that he did for the Tamil Nadu Congress and for the goal of Indian independence as a parliamentary democracy. Satyamurthi was not alive to see the commissioning of the reservoir in 1944, the completion of the work in four years is considered, even by today’s standards, something that is difficult to match. Even now, the Poondi reservoir is the only reservoir built purely for the purpose of Madras water requirements.

Satyamurthi was instrumental in the setting up of the Music Academy of Madras. As President of the Faculty of Fine Arts, the University of Madras and the Chairman of the Board of Studies in Music, he was an active member of the Madras University Syndicate and was associated with the founding of the Annamalai University.

In earlier years, he had been an accomplished stage actor. Satyamurthi was elected President of South Indian Film Chambers in 1937 and 1938 and was invited to preside over the All India Motion Picture Congress at Bombay in 1939.