The episode is of 1948 in erstwhile Hyderabad State, now Telangana

The houses were set on fire, men murdered, women dishonoured, children and the elderly killed in a cowardly manner. The whole village of Lingapur was brought to nought just because the Villagers failed to pay Razakars the booty they demanded.  When the ghastly news spread to the nearby village of Bhairavunipalli 30-40 men armed with sticks rushed towards Lingapur only to find Jubilant Razakars with carts full of looted wealth and grains on their way back. Enraged at this sight they started to chase the Razarkars who rained bullets on them. Unmindful of this the villagers continued their hot pursuit and in no time the Razakars fled leaving behind the carts full of plunder and the guns they were carrying.

Few days after this incident, Razakars in a larger entourage came to Bhairavunipalli and demanded a levy of 1200/- along with the carts of plunder, the village elders bluntly refused to budge to the demands. The Razakars filed a complaint with the Police Amin of the area against the disloyalty of the villagers against the State. Observing the tide of events, it was unanimously decided that a well-planned defence was needed to safeguard the village to avoid the repeat of Lingapur. Accordingly, a Watch was posted at the manor of the Tower of Bhairavunipalli and men carrying muzzle-loaders were constantly guarding the tower. Any danger to the village meant the sounding of kettledrum and all the Villagers would drop the work at hand and take up positions to fight with whatever they had – Stick, sickle, axe or even a stone.

Villagers from eight nearby villages were assigned the job of arranging 50-100 men, one village daily armed with sticks and stones to go around the village and upkeep their morale. Accordingly, weapons and explosives were always kept ready in case of any crisis. Wireless service was carried out by simple unassuming shepherds and a Brahmin Vishwanath Bhatt Joshi racing on his bicycle.

This defence of the villagers and their stiff resistance to any signs of advancing Razarkars even around the hamlets made the Village of Bhairavunipalli an excrescence for the establishment. Eqbal Hasham, Deputy Collector of Bhongir grew impatient with each passing day at the hostility and self-respect of the villagers. Therefore this gentleman with an ‘armed’ battalion set out to establish “peace” in the village. No sooner did he even reach the borders of the village, the kettledrum was sounded, villagers took assigned positions and a hail of bullets were showered upon Eqbal Hasham and his battalion of Razakars. The face-off continued for about 8 hours where only 4 villagers were martyred but more than 15 Razakars fell dead. Enraged at this defeat the gentleman Eqbal Hasham promised revenge and vowed to return to teach them a fitting lesson.

In those days Jangaon was the Taluk headquarters.  A Cantonment of Nizami soldiers was always housed there. Officers of the rank of DIG, DSP from the police force, one Major and two captains from the Army were personally engaged in preparation and planning for an attack that was unprecedented both in terms of scale and preparation. Artillery, gun powder and the material were being loaded onto the trucks on a war footing and late by night, the jeeps started their march towards the Warangal-Siddipet road. The convoy included 500 soldiers from the Nizami army, police force and the Razakars along with 200 civilian officers.

It was an evening as usual in the village of Bhairavunipalli. People returning home after a long day of work in the fields, herdsmen driving back their animals were a common sight. No one had any inkling towards the impending catastrophe.

It was still quite early in the morning around 4-4:30  when Vishwanath Bhatt Joshi woke up to attend the call of nature. In the early morning darkness much to his shock, he was seized by the soldiers of the Nizami army. By that time the forces had surrounded the village of Bhairavunipalli in half a mile radius. There was a talk of shooting him but M.N Reddy who was also one of the Civilian officers argued that he was a Brahmin – a man of Non-violence and hence deserved to be let off. The soldiers grew suspicious if Reddy was using Joshi to alert the villagers, they strictly warned him and let go. Little did they know that he was the wireless service between the villages surrounding Bhairavunipalli. Almost at the same time a young carpenter Venkata Narasayya was apprehended but a well-built man that he was, he pushed them and ran hard alerting the villagers about the impending attack.

Standing on the Gallows as the great Revolutionary Ram Prasad Bismil said..

I have neither the earlier ambitions
Nor a crowd of desires in me
The only desire left in Bismil’s heart
Is one to Die!

In no time the Kettle drum was sounded, war cries reverberated throughout the village, villagers ran to take positions, the womenfolk safeguarded the children and the elderly, the small canon in the village started booming and it was War on!

The valiant attitude of the villagers at the time of the dastardly attack early in the morning, the psychological and mental toughness that they showed is bound to make our hair stand on its end.

The villagers with their traditional weapons couldn’t hold the ground for too long courtesy of the ruthless shelling and firing of the Nizami forces. Two boys Ramayya Koli and Bhumayya Banjara who climbed on the tower to ascertain the strength of the Razarkars were shot dead. Understanding the gravity of the situation the villagers hoisted a white flag signalling truce, but the barbaric forces were in no mood to relent. They entered the village and started a bloodbath unparalleled in the chronicles of history. Men and young boys were blindfolded and tied together with ropes and dragged out of the village like animals, women were raped en masse. Young, old, frail or diseased no one was left alive.

But the thirst of the barbarians was not yet satisfied. Men and young boys who were blindfolded and tied were brought and an experiment was planned. The officers of the Nizami Army were relaxing and discussing. 303 bullet pass through if they were made to stand in a single row. To lay to rest these doubts a young officer came forward and fired a bullet instantly passing through four people killing them in an instance. Not satisfied with this, a Civilian officer, Gentleman Eqbal Hasham, Deputy collector of Bhongir came forward and took aim. The bullet he fired passed through 10 men, all falling dead. The nefarious, savage and brutal games continued until about 150 men were killed. 90 Harijans were killed and buried in a mass grave.

The outrageous fact was that the Bloodbath of Bhairavunipalli ( August 27th 1948 ) happened when the entire country was celebrating the First Independence Day. Such travesty of justice!

The Village looted, farmlands destroyed, rivulets of blood flowed, harrowing cries echoed along with the chirping of early morning birds, thick smoke billowing from the houses on fire covered the early morning sun. The scene was beyond comprehension for a sane human mind. The annihilation was complete.

The  great Revolutionary Ram Prasad Bismil famously wrote:
O Youngmen! If it ever pricks your hearts..
Remember us once in a while..
We, the ones who lost their limbs one after the other
Whose mothers have lost all hopes
But not a shadow of pain on their foreheads
We don’t care what happens to us!
But Mother India’s suffering crossed our minds every day every moment… 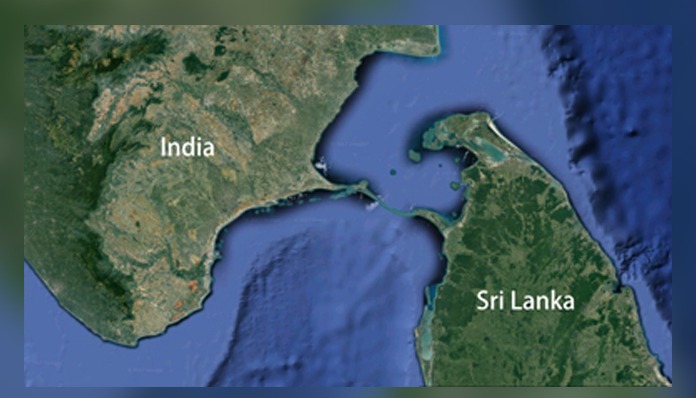